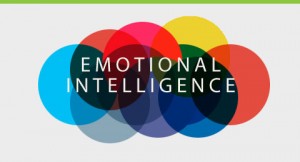 What can make a marriage work is surprisingly simple says relationship expert John Gottman. Happily married couples aren’t smarter, richer, or more psychologically astute than others. But in their day to day lives, they have hit upon a dynamic that keeps their negative thoughts and feelings about each other (which all couples have) from overwhelming their positive ones. They have what Gottman calls an emotionally intelligent marriage.

Recently, emotional intelligence has become widely recognized as an important predictor of a child’s success later in life. The more in touch with emotions and the better able a child is to understand and get along with others, the sunnier that child’s future, whatever his or her academic IQ. The same is true for relationships between spouses. The more emotionally intelligent a couple – the better able they are to understand, honor and respect each other and their marriage the more likely that they will indeed live happily ever after. Just as parents can teach their children emotional intelligence, this is also a skill that a couple can be taught. As simple as it sounds, it can keep husband and wife on the positive side of the divorce odds.

Couples often come to me when they are in emotional distress and there has been a breakdown in communication. Perhaps one of my favourite video clips to show to couples is called, “It’s Not About the Nail”. Not only is this video hilarious….because its so true, but it also a great reminder about the power of empathy, listening and how to be more emotionally attuned with your partner. Check it out HERE!!

Spring is around the corner. Looking forward to the warmer season. Keep in touch.
Larry